Hopped on the S-Bahn again

One of my best friends from Sweden did a quick dash in dash out earlier this week, she’s a fairly seasoned Berlin visitor so I wanted to take her to a new place – we hopped on the S3 and headed towards Köpenick.

We said hi to the Hauptmann, ate some very brown and tasty (”the way your grandma cooked it”) traditional German food, took a walk in the Altstadt and finally sat down for a while in the sweet park by the castle.

It’s a fairly short trip, very very worth it. The small town feel, the water, the beautiful houses. The walk by the Dahme. Just do it! 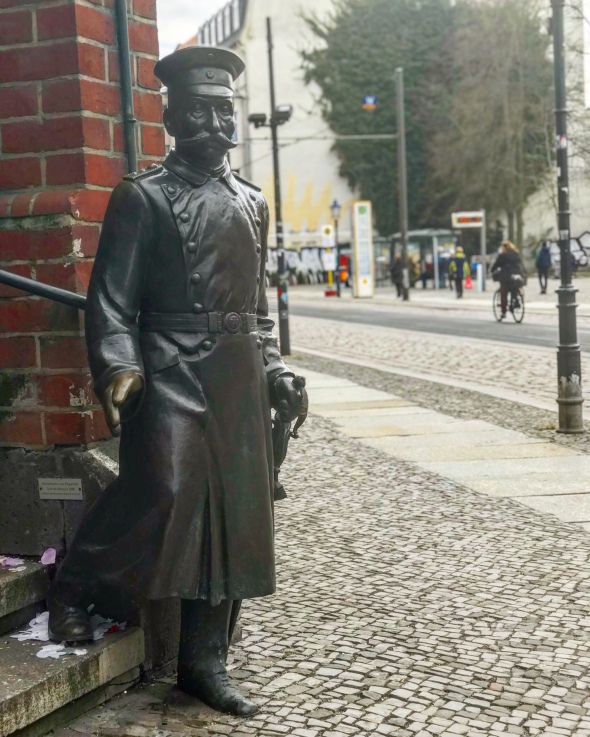 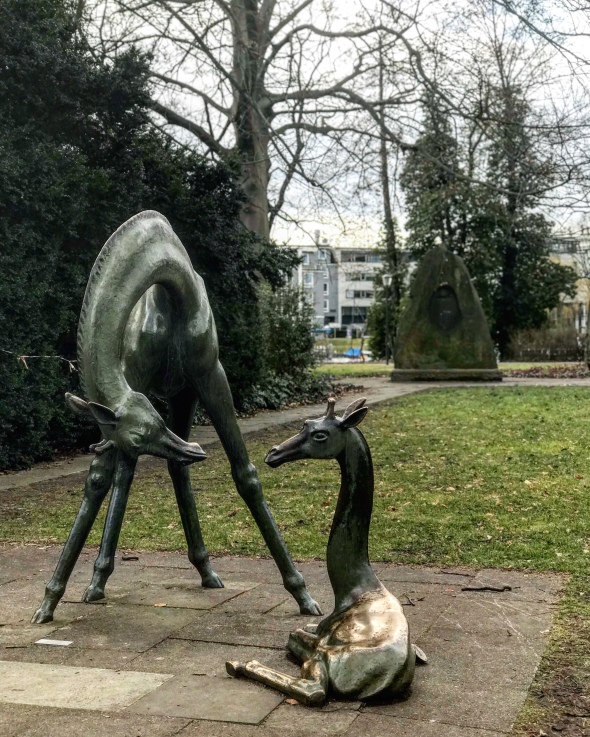 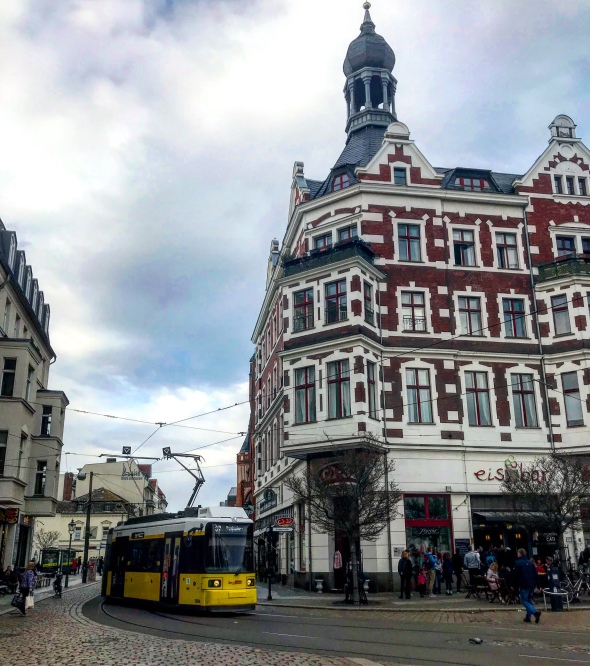 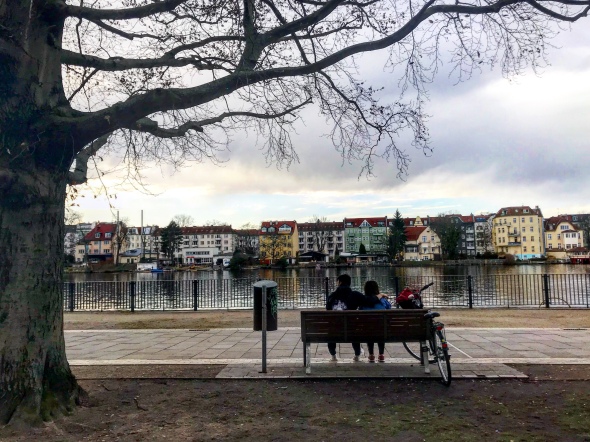 The minions are back in Mauerpark 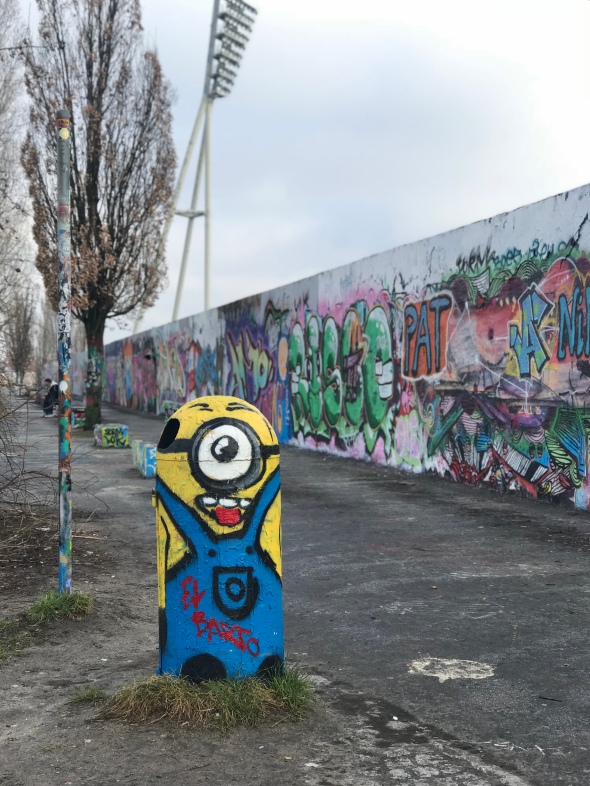 I caught the S9

Not as warm as that glorious Sunday two weeks ago, but 11C was good enough for me to do a loooooot of running around. I took the train to Plänterwald and then walked back to the city, passed by lots of favourite places before getting lazy in Kreuzberg = Ubahn home. I’ll walk all the way some other day.

Frühling in Berlin. I’ve waited for this…! 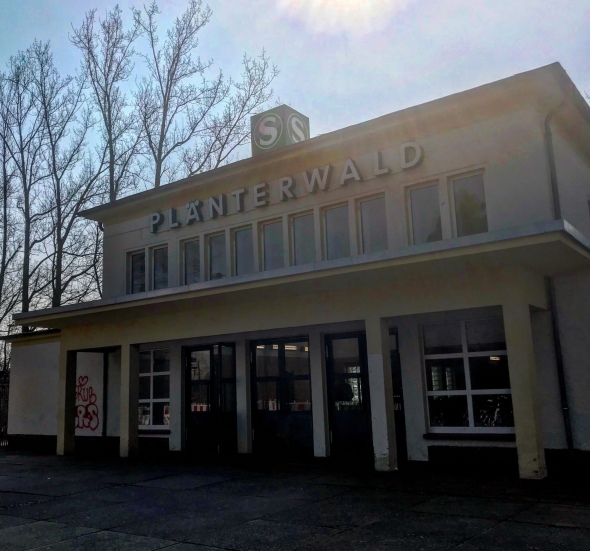 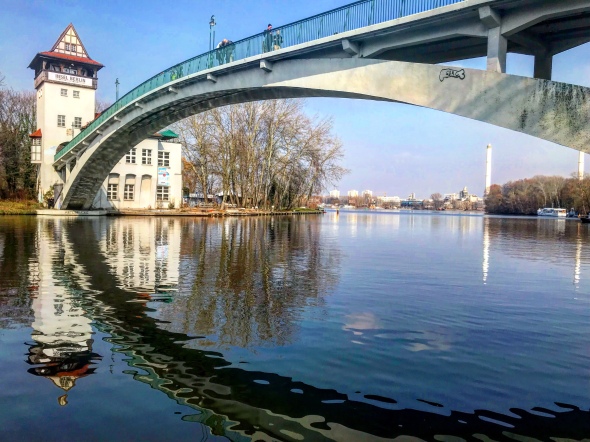 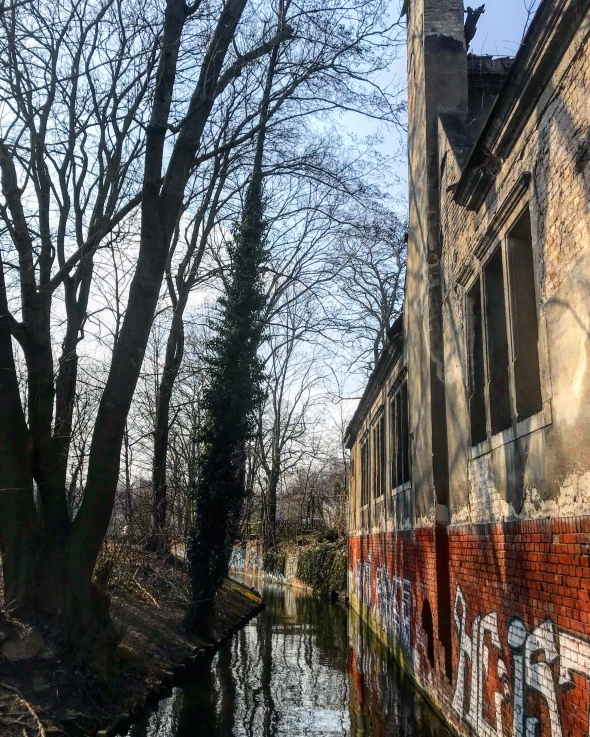 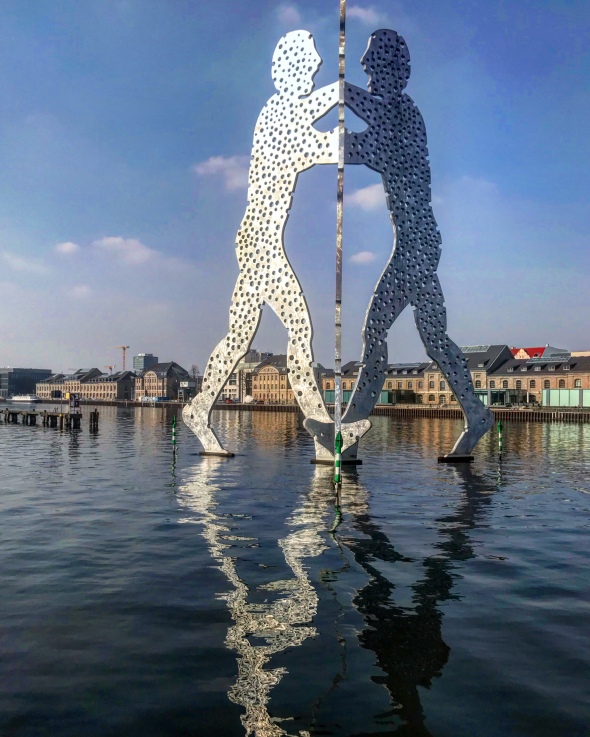 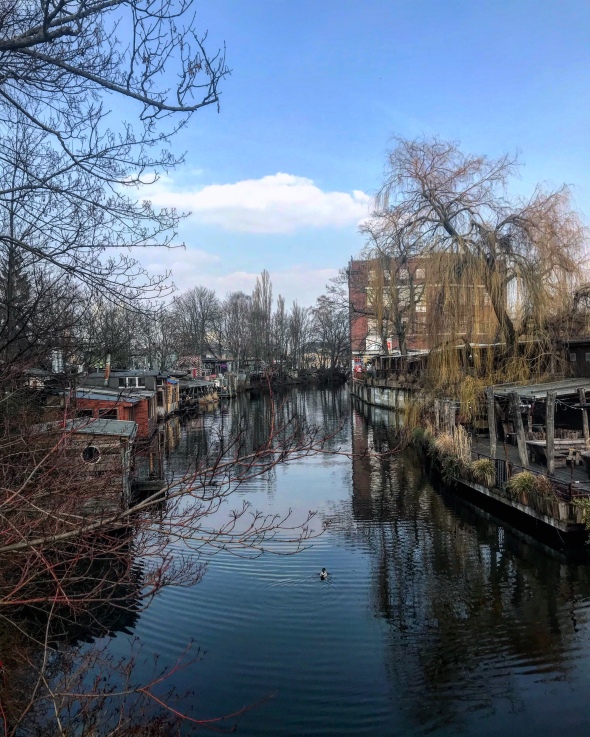 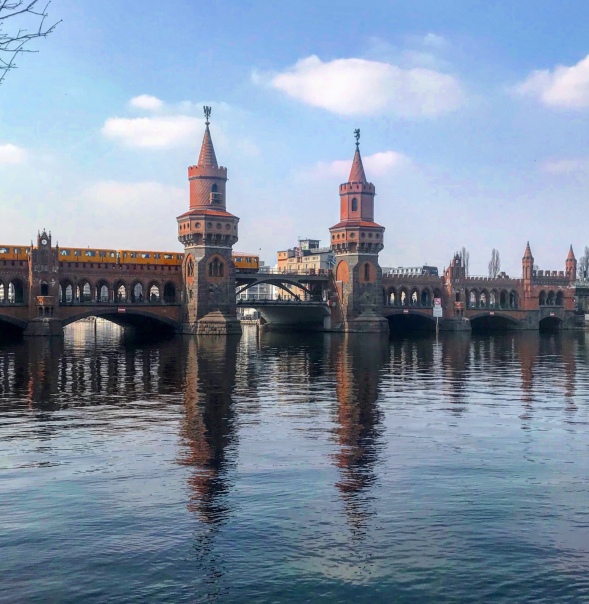 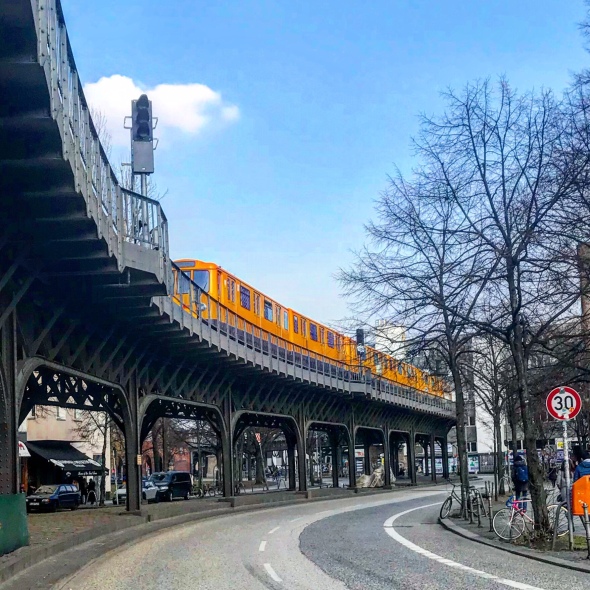 I had heard about Strausberg in connection to the small lake (Strausee), but that it was this sweet? I had noooo idea. It must be wonderful in summer. Small town some 30 km east of Berlin, well worth a visit for someone like me who wants to exercise my ABC-Karte in other directions than the Hennigsdorf one from time to time.

The old city centre (there are still some remains of the old city wall, built in 1254) was lovely, but the big surprise came when I started walking by the lake: oh the MANSIONS. It felt like a “Zehlendorf, east edition” (sorry non-Berliners, that reference might fly over your heads). Was surprised for ten minutes before it came to my mind that YES, this was Brandenburg, former East Germany, but the city has been connected to military and weapon’s industry for a long time (Swedish military even opened a centre there in 1631), and where there’s military there’s money, even in bancrupt countries. 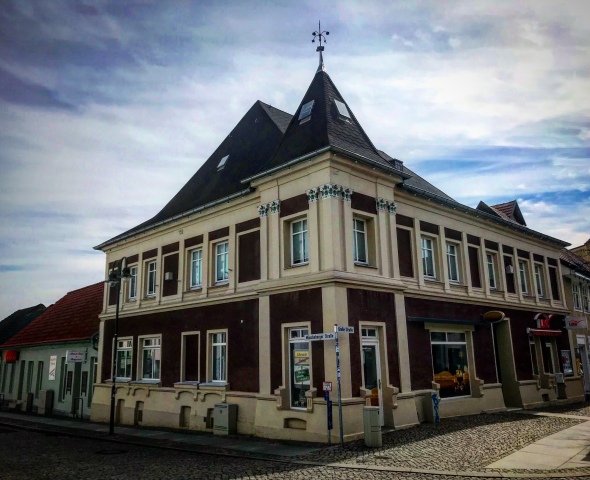 There are still lots of run down but potentially pretty old houses in need of a loooot of love in the old city centre, but it’s easy to see that a lot of money must have been spent on renovating that part of the city since “die Wende”. The new part, with lots and lots and lots of houses built in the sixties, is a bit depressing, but no more depressing than any area built quickly to house many people regardless of where you find yourself in the world. 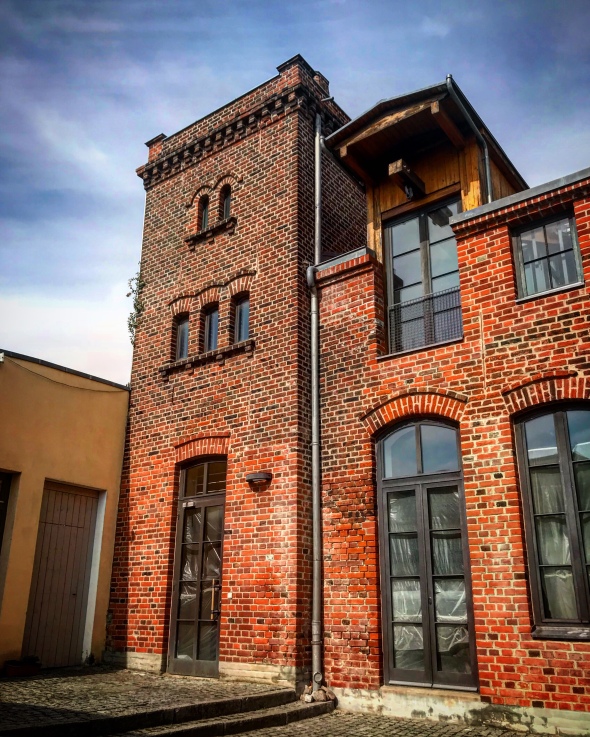 I will for sure go back this summer! The beautiful old lido was built in 1925, come August I hope to be able to dive into the water from the 5 m tower outside 😉

Started walking back towards Berlin, had to laugh when I passed by an old milestone pointing just that out (“<— Nach Berlin”), but nooooo, I didn’t walk all the way back. All in all 13 km of walking, pure bliss.